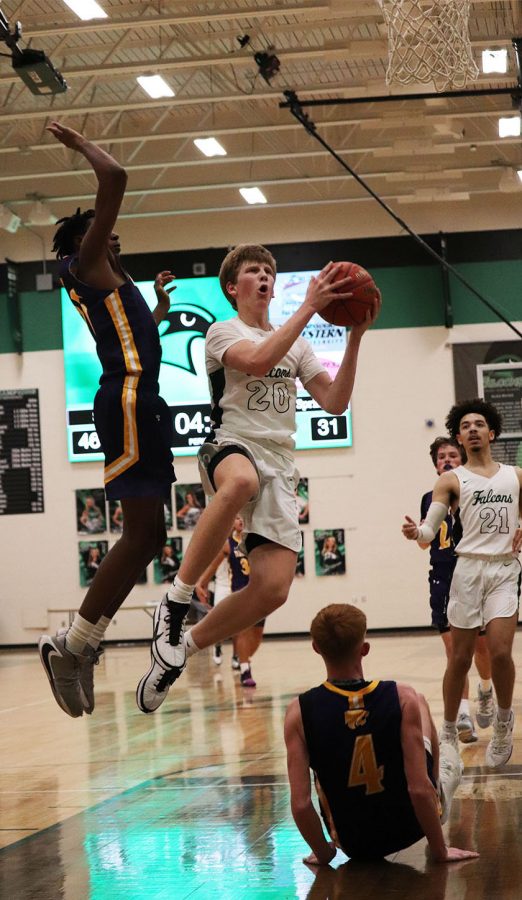 Dunking the basketball, junior Brogan Donaldson makes a two-point shot after a slow start in the beginning of the game Dec.11. Junior Varsity won the game 60-45 against Blue Springs High School. "The reason we won this game was because we didn't give up after our slow start in the first," said Donaldson.

Judge’s Comments: The photographer did an excellent job of stopping the action with a clear exposure at the right moment. The framing captures all the importance action and subjects, including their expressions, and the caption is also written well.

Judge’s Comments: This picture is a refreshing take on an academic photo. To be able to properly frame the subject with the flame while also having a clear exposure is very impressive.

Judge’s Comments: The angle is perfect for this action shot, and the exposure is very clear. The framing, however, is a bit off as there is too much empty space at the bottom and the subject is very near the top. It does allow a clear view of the swimmer’s reflection, though.

Judge’s Comments: The photographer captured an intense moment that clearly caught the action of the moment with clear subjects and expressions. The clarity is a little grainy, but the angle and framing work well.